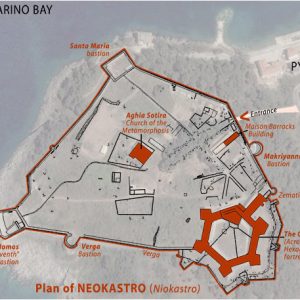 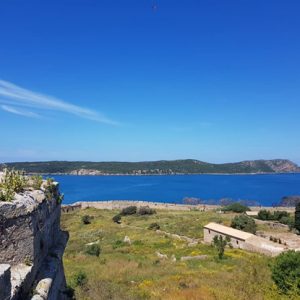 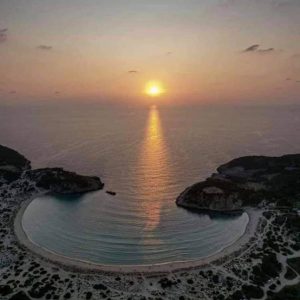 Near Costa Navarino lies the city of Pylos, on the edge of the Ionian Sea, was the city formerly known as Navarino. The town’s beautiful natural harbour, once home to a large battle during the War of Independence is now a haven in Messinia for those wanting to get away from the regular tourist track and see the best that Greece has to offer. Built on a hill, the history of the town is on display. The castles at either end of the harbour overlook the modern town. Across the harbour is the island of Sfaktiria.

Pylos is home to two castles. The Paleokastro to the North is not in very good condition, while the Neo Kastro, to the fully exploit the cannons, while simultaneously ensuring the greatest possible protection of the inner settlement and the fortification itself from the hostile fires. It was built in 1573 by South of the harbour is in a better state and demonstrates the town’s long defensive history. The castle was used as a jail until early last century. Now the citadels and are open to the public. There is also a museum in Pylos town that also holds important Mycenaean dungeons artefacts.

Niokastro or New Navarino is built on the hill above Pylos and is considered, along with Palaiokastro, the guard of the passage of the natural port of Pylos. The castle was highly developed and equipped compared to the old castle, intending to the Ottoman Turks who kept it under their control for more than a century. The construction of the new fortification started immediately after the defeat of the Ottoman fleet in the Naval Battle of Lepanto in 1571. The Ottoman dominance was followed by Venetian rule (1686-1715) and the very short Orlov Revolt in 1770. The final liberation came in 1821 with the Greek Revolution and the arrival of the allied French expeditionary forces.

The archaeological museum’s collections include artefacts which were excavated in the area of Pylia and dated back from the Neolithic Era to the Roman period. Among the exhibited artefacts, there is an abundance of votive gifts from the vaulted tomb found in Voidokilia and Koukounara, along with a plethora of vases, jewellery, spearheads, golden objects, animal representations in relief etc. Additionally, finds from Nisakouli in Methoni, Vlachopoulo, Tourlitida, Soulinati and Korifasio are also in display.

“Shipwrecks” Exhibition : the building of Pasha in Niokastro (opposite the church of the Transfiguration of the Saviour) hosts the thematic exhibition “Shipwrecks” since August 2012. The exhibition is a lively narration of the stories of the most well-known shipwrecks that occurred around the Peloponnese. The exhibition was organized under the supervision of the Ephorate of Underwater Antiquities which used to be based at the Castle of Pylos. In the beautifully arranged central room of the exhibition, the visitor walks on a big map of the Peloponnese where each shipwreck is marked with a different colour. You will learn all about the shipwreck of Mentor, Lord Elgin’s boat, who had an accident during the transfer of Greek purloined antiquities – the Parthenon marbles – to Great Britain. In one of the showcases Elgin’s derringer and other objects discovered in this shipwreck are on display. You will also learn about the method of cleaning the artefacts that are found at the bottom of the sea and the role that freshwater fish play in the preservation of such objects. Additionally, you will learn about the Roman shipwreck that occured a few kilometres outside Sapienza. Extraordinary finds, such as huge columns and sarcophaguses, have been pulled out of the water. We should note that this is the first under-construction underwater park in our country. You will also see the perfectly preserved hazelnuts found at the sunken merchant ship, along with other very interesting objects.

In option, we will visit next the Venetian castle of Methoni. Methoni, 12km south of Pylos, was one of the seven cities offered to Achilles by Agamemnon. Homer described it as ‘rich in vines’. Today it’s a pretty seaside town with a popular beach, next to which looms the most impressive example of a 15th-century Venetian fortress in the Peloponnese. Duration of visit : almost 1 hour and a half

Methoni, 12km south of Pylos, was one of the seven cities offered to Achilles by Agamemnon. Homer described it as ‘rich in vines’. Today it’s a pretty seaside town with a popular beach, next to which looms the most impressive example of a 15th-century Venetian fortress in the Peloponnese.