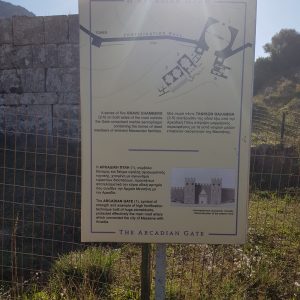 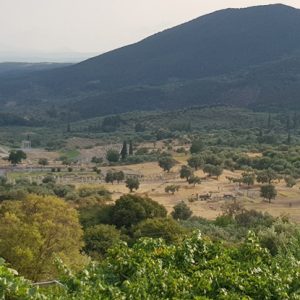 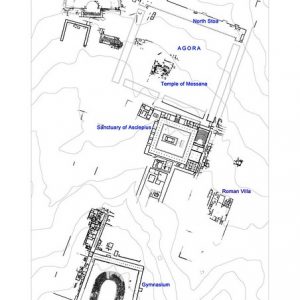 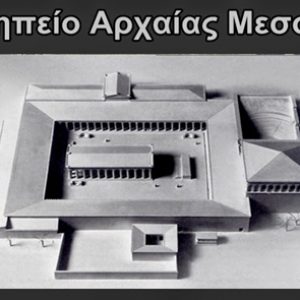 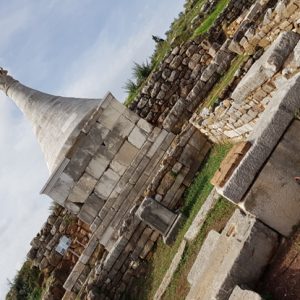 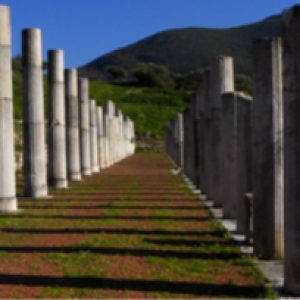 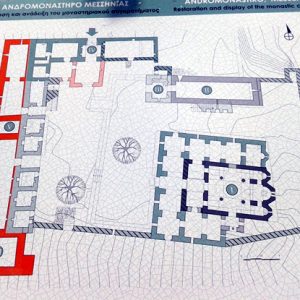 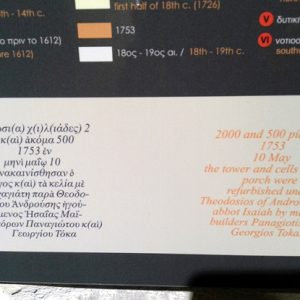 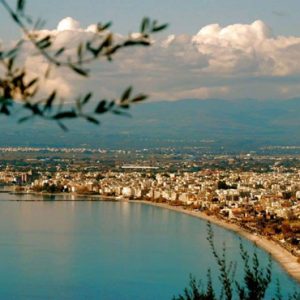 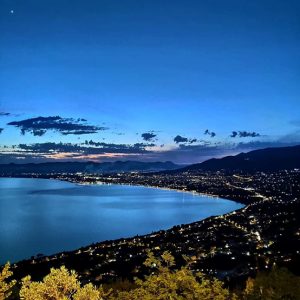 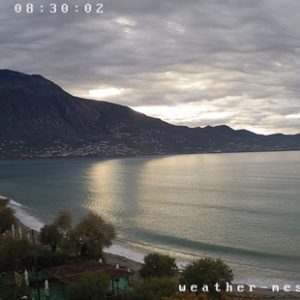 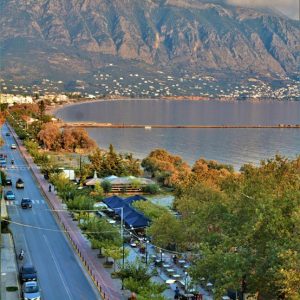 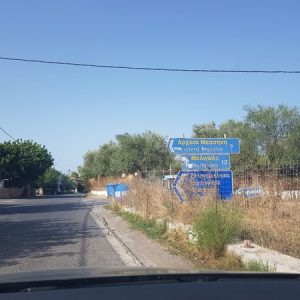 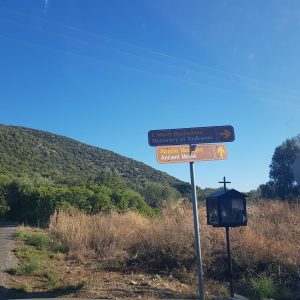 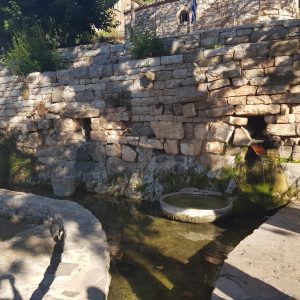 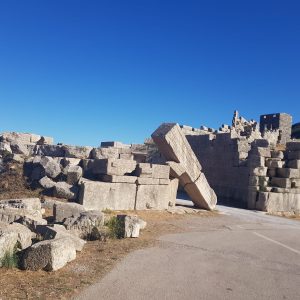 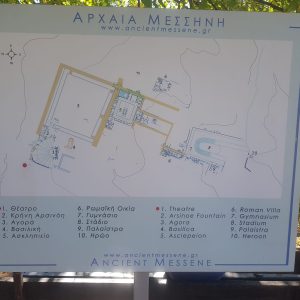 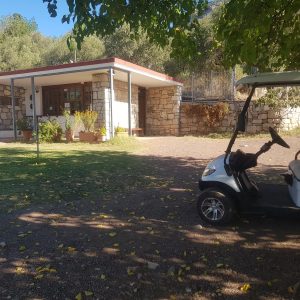 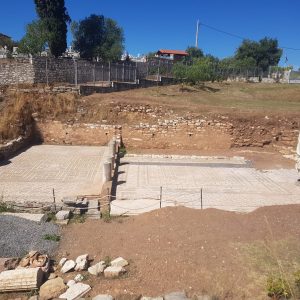 At a distance of around 32 kms from Kalamata, lies Ancient Messini, one of the most important “megalopolis” of Greece during the Hellenistic and Roman years and capital of the free Ancient Messinia, for seven whole centuries. It is a rare archaeological site, where the visitor is impressed by the view of the temples, houses, walls and public buildings, most of which are maintained in a very good condition. At the same time, one feels an immense sense of emotion in a place where the history of the region is imprinted on its landscape. The archaeological site includes, among other things, the wall which dates back to the 3rd century B.C., with the preponderant Arcadian Gate and the eight towers, public buildings, the market, the Temple of Artemis Fosforos (light-bringer) or Orthia (standing), the stadium, the war memorial, the theatre and residences. Other important buildings are the Congress, a hall where the representatives of Messini conferred, the pottery factory, the temple of Artemis Limnatis (of lakes) and Artemis Lafria Orthia, as well as the imposing group of buildings of the Asklipeios temple, and so on. In the Archaeological Museum near the archaeological site, there is a number of findings of Ancient Messini, which exceed 10.000 in number. Among other things, the marble statue of Hermes of Messini is exhibited, the Roman marble copy of Doriforos (spear-carrier), which is one of the most renowned statues the 5th century B.C., statues which decorated the Asklipieio temple, the stone-made Ekataio with representations of the goddess Artemis, and so on. The visit starts at the Arcadian Gate and the remaining walls with reconstructed towers and ends after visiting the museum exhibition.

Admission: €10 (archaeological site + museum), reduced price (visitors over 65 years old) €5, free entrance for children coming from the EU (check with our guide and at the ticket office if coming from other countries).

Free time for lunch on your cost at the local ITHOMI restaurant.

After driving for 20 minutes from Ancient Messene we will reach the Psaroulis winery for a guided tour by the owner and wine tasting + food tour and gastronomy by Georgia Koutsoukou, chef (price to to be fixed), before driving back to your hotel.

After driving for 20 minutes from Ancient Messene we will reach the Anagnostopoulos olive-oil press mill for a guided tour by the owner and wine tasting + food tour and gastronomy by Georgia Koutsoukou, chef, (price to to be fixed), before driving back to your hotel.

After driving for 45 minutes from Ancient Messini we will reach the city of Kalamata for a city tour in the historical center of the town. There we will visit the following points:

Next we will visit the Archaeological Museum of Messinia in the historical center of Kalamata. The museum building is located at the heart of the historic center of Kalamata, where the Municipal Market of the city used to be, a place that was bustling with merchants and shoppers every day. Following the disastrous earthquake in 1986, the Market building was demolished, as it had been severely damaged. The building which replaced the old Market was given by the Municipality of Kalamata to the Ministry of Culture in order to become an Archaeological Museum. The exhibition aims to display the antiquities of Messenia from the Prehistoric times until the Byzantine era in the most complete way possible, so that the visitor may form a well rounded view of the cultural development of each region through the ages by visiting each exhibition section. Reflecting the old geographical division of the prefecture into four provinces, Kalamata, Messene, Pylia, Trifylia, the exhibition unfolds in corresponding large geographical sections, which comprise the most important archaeological sites and representative antiquities, either from excavations or surface surveys, or occasionally from citizens. Periodical exhibition of Pyxides presents great interest and is worth visiting.

Duration of visit: almost 1 and a half hour.